The no. 1 thing to do is take charge of your fibro and work around it.

Please kindly note that The doctor is unable to take on new patients. This page is provided for informational purposes only. 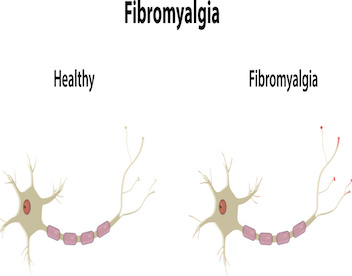 Fibromyalgia is a common & often distressing condition that is characterised by widespread pain and other associated symptoms.

Fibromyalgia is a disorder of central pain processing.

What are the Symptoms of Fibromyalgia?

The hallmark of Fibromyalgia is widespread chronic pain.

The American College of Rheumatology (ACR) have by far the best known criteria for diagnosis.

The previous 1990 ACR criteria required the presence of at least 11 specific tender areas on a map of the body (“trigger points”). The trigger points are well known and are still worth taking into account. Trigger points illustrate where the pain tends to be felt – such as the neck, outer shoulder, elbows, wrists, lower back, outer hips, knees.

Some of these other symptoms reflect the underlying disorder of central pain processing, and some reflect conditions that commonly occur alongside Fibromyalgia such as Chronic Fatigue Syndrome &  Irritable Bowel Syndrome.

What tests are needed to diagnose Fibromyalgia?

The diagnosis of Fibromyalgia is a positive clinical diagnosis (ACR 2010 criteria).

Blood tests are usually required to rule out other conditions that may cause similar symptoms. The exact tests required will depend on the exact symptoms. Routine Bloods would typically start with a full blood count, biochemistry and a test for inflammation. There is an association between fibromyalgia and low vitamin D (cause or effect?), and provisional evidence suggesting that an overactive parathyroid gland may be associated with fibromyalgia. However, most people with fibromyalgia have normal blood tests, and it helps to  expect these up-front to be “normal.”

There is a risk of so-called “false positive” bloods – that is , blood results that are abnormal but not significant.

Why is Fibromyalgia often a frustrating condition to have?

Ouch, yes, Fibromyalgia is not an easy condition to live with. Now let’s talk about what helps.

The person with Fibromyalgia can feel as if they have to justify how they feel to others – there is nothing to “show” like a swollen joint, rash or fever.

What is the treatment for Fibromyalgia?

Without a diagnosis, how can someone with Fibromyalgia move forward?

Doctors are nowadays well supported by regular reviews in medical journals such as recent reviews of Fibromyalgia in The American Association of Family Physicians, The Australian Family Physician & The British Medical Journal.

There is a great deal of research into Fibromyalgia, a lot can be done, and progress is being made. Watch this space.

Can you recommend a Fibromyalgia App or Organisation?

FibroMapp allows you to track a variety of fibro-related issues, and this allows you to make links you might not otherwise recognised. For example, you can track Pain (location, type), Sleep, Mood, Fatigue, other symptoms & conditions, activities, medication, & Flare ups. Fibromapp was developed in very close conjunction with fibromyalgia sufferers, including input from The UK Fibromyalgia association FMAUK. It is a recommended UK National health services app.

You are very welcome to bring along your Fibromapp results to your appointment.

Australia have a Fibromyalgia Support Network that originates from WA but leads nationally & is run by fellow fibre sufferers.

Does South East Medical have expertise in the treatment of Fibromyalgia?

For Medical, Insurance or Centrelink Certificates please see your own doctor. Please note that Dr Beatty provides this page for informational purposes only and provides the same range of therapies as a GP. There is increasing interest in ‘Cannaboids’ but please note that he is is not a prescriber of Cannaboids that does requirespecific licencing.