Type 2 Diabetes and Your GP 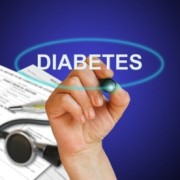 Diabetes and Your GP

The great majority of people with Type 2 diabetes are managed by their GP & practice nurse.  In practical terms, the usual set-up is as follows:

General Medical Practitioners regard Type 2 Diabetes as a key and central part of their work. The GP is supported by a number of very high quality and regularly updated guidelines as well as regular updates in medical journals and educational events.

There is no doubt that diabetes care is increasingly complex.

Go back 20 years and your doctor would have prescribed metformin, added Gliclazide later, and possibly insulin down the track.

Medicine has rapidly evolved. Check out this current list of diabetes medications to give you an idea of what medication choices are now available. Your GP does the hard graft for you:

Getting to know your HbA1c!

Get to know your HbA1c which measures the average of your blood sugars over the previous 6 weeks. The HbA1c is important in letting you know how your diabetes is going. The test is measured every 3 to 6 months.

The HbA1c is measured using two different units: Percentage (%),  and the new units (mmol/mol). The results are reported in both formats but eventually the % is likely to disappear. Most people are still more comfortable and familiar with using the % figures.

HbA1c can be considered ‘on target’ when the diabetes is is well controlled. On the other hand, diabetes may be considered poorly controlled when the HbA1C is above target, particularly when above the target by more than 1%.

Do you know your target HbA1c? If you don’t know, please ask your doctor at your next visits!

The target HbA1c is very much up for negotiation! The target varies from person to person. As a generalisation only, an HbA1c of under 7% (54mmol/mol) indicates good control.  However, some people with multiple medical problems may be comfortable with a higher target (eg. 7.5% or even 8%).

Each medication will typically reduce HbA1c by around 0.7% or so (Acarbose a little less). Insulin and other injectable anti-diabetic medication may reduce the HbA1c by more than the oral medication.

People can feel ‘got at’ with regards to the mantra of exercise, diet & weight loss. It’s best to think of activity rather than exercise, and nutrition rather than diet.

Making changes needs to be a positive process where you lead the change – guided by your diabetes doctor and practice team.

A GP management plan and Team care arrangement allows five medicare funded visits per year. The decision to ‘split’ appointments between different health care professionals will depend on your needs. Appointments are typically split into four visits to a Diabetes Educator and one visit to a Podiatrist. You might also want to include an exercise physiologist or dietician.

Diabetes is harder to control with time, and almost everybody will need medication eventually.

Don’t beat yourself up about your diabetes – most people with diabetes get frustrated with the condition at some time!

Your GP will guide you through the options including treatment of persistently high Blood Pressure.

Warning! Reading this may make your head spin

Diabetes is a rapidly changing & exciting field. If and when medication is needed, there is, nowadays a number of drug classes to choose from. The last few years has seen a huge increase of options available – all great news for people with diabetes, and enough to keep your GP busy keeping up to date.

Medicines vary in their side effect profile including hypos, effect on diabetes control, & weight change.

Names of medications can be confusing. Every medication has a chemical name and a brand name; Chemical (generic) names are in “small print” on the box but will not vary over time (different manufacturers go by different brand names).  Generic names are used here.

Metformin: Usually the first-line medication. Metformin (®Diabex) reduces insulin resistance & has a good long term track record. Common side effects are nausea, vomiting, reduced appetite and diarrhoea. However, side effects are reduced by taking metformin with food. The side effects usually go with a gradual increase in dose over several weeks. The slow-release formulation may be better tolerated. The good thing about metformin is that it is safe, effective, and weight-neutral. There is no risk of hypoglycaemia (low blood sugar, or hypo). For these reasons, Metformin is the medication that most people start with!

Sulphonylureas. The generic medication names end in “ide” – for example, gliclazide (®Diamicron). This class of medication increases insulin production from the pancreas. Unlike Metformin, these tablets can cause a hypo and you’ll need to be able to test your blood sugar at home kit at short notice. The risk of hypo is generally small. The risk is increased in people with kidney or liver disease.

Gliptins (ending in ‘iptin’). The hormone GLP-1 rises in the body after a meal. The gliptins tablets stop the breakdown of GLP-1, which has the effect of increasing insulin production from the pancreas. In addition, glucagon levels are reduced (glucagon works in the opposite way to insulin). The gliptins are weight-neutral, and the risk of hypo is very low. Gliptins are usually well tolerated.

Gliflozins: Dapagliflozin was approved in Australia from late 2013. several Gliflozins have been introduced since then. These tablets increase the excretion of glucose from the kidneys. In other words, you urinate out more sugar! The good news is an average weight loss of around 2Kg. There is good evidence that this class of medication protects against cardiovascular and kidney disease. The downside is an increased risk of urinary tract infections.

Glitazones eg Pioglitazone. These tablets (ending in ‘zone’) reduce insulin resistance. They may cause mild weight gain but there is no hypo risk.

Acarbose: reduces digestion of carbohydrates and its multiple daily doses can be useful for controlling high sugars after meals. Weight neutral, no hypo risk. May cause gastrointestinal side effects.

Prescribing of medication in Type 2 Diabetes is driven partly by medicare. Prescribing may be done outside of medicare (The PBS) but is expensive.

The process of adding medications may become necessary over time.

Sulphonylureas are traditionally added to metformin as the next step. However, Australian diabetes guidelines now advocate that second line therapy may be a choice of Sulphonylurea, Gliptins or Glitazones.

Medications are often combined into a single tablet, reducing the number the tablets you take. For example, metformin may be combined with a glitazone or a gliptin as a single tablet.

The medicare prescribing rules are changing all the time because evidence of cost-benefit changes with time (new medication becomes cheaper, and further evidence becomes available).

Injectable options are either based on GLP-1, or insulin.

The GLP-1 injections simulate the action of The hormone GLP-1. Their generic name ends in ‘tide’ eg. exenatide (®Byetta), liraglutide. ® Byetta is administered twice per day although a once-weekly version is approved under medicare in certain circumstances. These products increase insulin production from the pancreas after a meal. Emptying of the stomach is slowed down and appetite is reduced. Weight loss is to be expected. Indeed, Liraglutide (®Saxenda) is used prescribed in the weight loss clinic.

Insulin – last but not least! Most people don’t want to go onto insulin because of fears over hypos and weight gain. However, it is important to start insulin when the time is right and many people do feel better after insulin has been started. The needles are extremely fine and won’t hurt. For type 2 diabetes, you may only need a once daily insulin. Remember the positives – no pain, improved control, & feeling better. You may be started on insulin with help from your GP & The diabetes educator, or you may be referred to an endocrinologist.

Where can I find out about Type 2 Diabetes?

There’s a huge amount of information available. Everyone with Diabetes in Australia should look at the Diabetes Australia website and register (for free) with the national diabetes service scheme (NDSS).