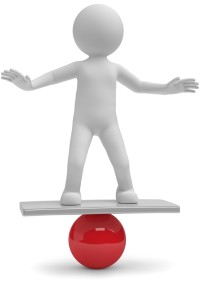 Why is Overdiagnosis an issue?

Underdiagnosis is self-evidently a problem when it occurs.

Overdiagnosis is  no less important. Since this page was originally published in 2014 following a lot of debate in The US and UK, the issue is being increasingly recognised in Australia. The National Prescribing Service’s independent “Australian Prescriber” lead with an editorial called “Caution! Diagnosis Creep” in 2016.

It seems sometimes as though there is a potent mix of the following ingredients mixed together to form an powerful force.

Examples of the problems of overidagnosis are numerous. Take one example, so-called Grade 1 hypertension. This refers to mildly raised Blood Pressure (140-159/90-99) . A recent Cochrane review summarised what is already known: That treating people with grade 1 hypertension with medication (who do not have other risk factors) does not reduce their risk of stroke or heart attack. Research has shown that the very diagnostic label of “hypertension” causes harm to a number of people who consider themselves thereafter to be ill.

Risk of overdiagnosis cover all medical and surgical specialities. Wherever you go looking there are numerous examples.

Pointless diagnostic labels are abundant and is particularly concerning in children’s health. It sometimes seems as though “every” infant has “GORD” (Gastro-oeophageal Reflux Disease).  Around a quarter of babies have reflux which is caused by an immature sphincter muscle at the bottom of the oesophagus. This is a normal part of being a baby. Being told that the baby has a “disease” called “GORD” may cause unecessary alarm. Sure, some babies do have GORD, and this is important to pickup, but most babies with reflux do not have GORD. So let’s get the label right and call reflux just that, and GORD when there are documented medical complications or particularly severe symptoms.

A strong example (among many) comes from a national screening program for thyroid cancer introduced in South Korea. Adults were offered ultrasound of the thyroid gland. Guess what? After the program was introduced, thyroid cancer became the most commonly diagnosed cancer. The program kept the pathologists and surgeons busy, yet the number of people dying from thyroid cancer did not change significantly. Why can this be? Because lots of people have a harmless type of thyroid cancer, and there’s no point in diagnosing something that is not harmful to health.

There have been huge improvements in medical care over the last few years. However, the tools used are becoming increasingly sensitive – which is great for sorting out conditions where early diagnosis is important (eg. lung cancer) but not so great when someone who is not at increased risk  is labelled with something that is harmless and causes anxiety.

The issue of making appropriate diagnoses and avoiding over-diagnosis is tricky terrain for patients and The GP, and it’s too easy to slip into labelling for the sake of it without thinking through the pros and cons. Of course, medical advances have contributed enormously to improved outcomes through earlier diagnosis and better treatment, but the story isn’t as simple as that.

It’s usually much harder to de-label than to label in the first place.