Iron Overload that silently builds up over decades. 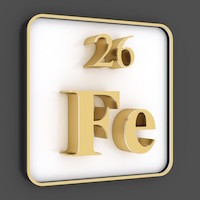 Why is Haemochromatosis becoming a more common issue?

The condition is caused by a genetic defect that results in increased iron absorption and iron overload. After many many years (decades), this can cause problems with the liver, diabetes or other issues such as arthritis or hormonal problems. The condition requires both HH genes to be present (one from each parent). About 1 in 200 people do have both (C282Y) genes and are at risk of developing the disease. Carriers (around 1 in 10 people) only have one HH gene (not both). Carriers are not & will not in the future be clinically affected. It’s quite common for carriers to believe that they are at risk of developing the disease – they are not. There is an issue, though, that a carrier may may pass on the gene to one of their kids.

The key is to remember that HH is caused by the presence of both abnormal genes. Genes other than C282Y may also cause HH – another common one being H63D. For example, C282Y with H63D is a milder form of HH. This article discusses the “C282Y Homozygous Haemochromatosis.” It’s important for both yourself and your family to know which type of HH you have and you should have a printed copy of your original Haemochromatosis gene blood test.

Carriers are not & will not in the future be clinically affected, and do not have Haemochromatosis although there may be genetic implications.

What does “I have Haemochromatosis” actually mean?

To some people, it means they have both genes but normal iron levels, other people will much less commonly get cirrhosis, for example, caused by the disease.

Only those with iron overload can be said to truly have “Haemochromatosis.” Surprisingly, only a small number of people with both C282Y genes ever get problems (ie. symptoms or disease) of iron overload. The statistics vary hugely, but roughly 1 in 3 men and roughly in 1 in 20 women who carry both HH genes ever get the disease. It is rare for individuals with C282Y/H63D to ever iron overload.

The easiest way forward is to know about the different “Stages” of Haemochromatosis and know what stage you have.

The following staging system definitions are not widely used in practice but gets around the issue of one person’s Haemochromatosis being very different from another person’s HH. It’s also useful because it shows the importance of “Transferrin saturations”. The important thing is not to know the stage numbers but what it means eg.” Haemochromatosis raised transferrin saturations but normal ferritin.”

Most people will not progress beyond stage 2 or 3.

Stage 1. Have Both HH Genes without raised iron stores.

Why are Transferrin Saturations as well as Ferritin important?

What’s important is that people with both HH genes should to know their Iron levels: Both Ferritin & Transferrin Saturation.

You may have noticed from the above staging that the Transferrin saturations are usually the first sign of developing iron overload.

Many people (in general – without haemochromatosis) have a raised ferritin with normal Transferrin Saturations. It’s very common to have a ferritin of , say, 300 with normal transferrin saturation and that does suggest that there may be another reason for the raised Ferritin. Ferritin is often a little raised for a number of different reasons.  Ferritin is at least as much a “liver function test” as a measure of iron status. Fatty liver & Alcohol are common causes for example.

Under 10% of people in the community with raised Ferritin will have haemochromatosis.

What are the symptoms of Haemochromatosis?

Many people find out they have both HH genes because the gene test is arranged under medicare criteria (most commonly where the ferritin is raised on at least 2 occasions or there is a close family history). Fewer people are identified because of symptoms of possible HH. These symptoms include fatigue, low libido and achey joints. These symptoms are of course very common in general and not at all specific for HH.

A BMJ Review (22/1/2011) stated that “It is difficulty to identity patients with haemochromatosis from their symptoms and signs” & “evidence on the relation between symptoms and the extent of iron overload is limited.”

What is important is to consider complications of HH when there are symptoms suggesting advanced disease (diabetes or liver problems or endocrine problems) – reassuringly, such problems are much less likely when the Ferritin is under 1000.

Should my family members get tested?

Medicare will pay a rebate for the HH gene test when there is an immediate family member with both of the HH genes (not carriers however). Kids generally aren’t testing until the age of 18 for two reasons

When should I start treatment for Haemochromatosis with Venesection?

Treatment for HH is to remove blood (Venesection). There are two main decision-points. The answers to these questions does vary between experts / authors and guidelines & this does reflect some lack of evidence (although a trial is underway that will help answer treatment thresholds).

The problem is identifying when to start venesection in someone who has borderline iron stores (Raised saturations with normal ferritin for example). In this situation there are two options:

What monitoring is required for people not being treated?

Those with the HH genes who are not needing treatment (Stages 1 and 2) will need fasting “iron studies”  done occasionally – depending on previous results eg.year.  Other tests might sometimes be indicated to check for complications of haemochromatosis eg. fasting glucose, Liver function tests.

What else should I know?