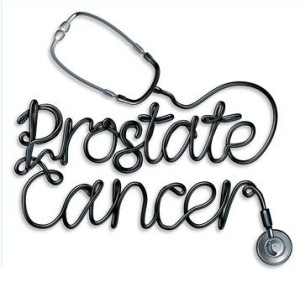 Yes, we’ve all seen the ‘get tested for prostate cancer’ posters in men’s toilets. Prostate Cancer Screening is certainly an important issue at the men’s health clinic.

If only it were so simple as ‘get tested!’

Prostate cancer is common and accounts for 30% of all cancers that are diagnosed in men in Australia, and causes 13% of deaths from cancer in men. The blood test that screens for prostate cancer is the PSA or “Prostate specific antigen.” The higher the PSA, the more likely that Prostate cancer is present – but the test fairly coarse and both misses cancer that is present, and suggests cancer when there is no cancer.

The Australian National Guideline Agency produced long-awaited draft guidelines to doctors in 2014 that were described as the “best possible advice” to date. The guidelines are in line with guidelines produced in The USA and UK. The final guideline was finally published in 2016.

Prostate cancer becomes commoner with age, and the risk is increased with a family history. PSA testing has a very small effect on the risk of dying from prostate cancer. The PSA test does reduce a man’s risk of having metastases at the time of prostate cancer diagnosis.

The most rigorous evidence for PSA screening was a follow up of men who underwent regular PSA testing over 18 years. The “absolute reduction” in prostate cancer deaths was 0.20%. These are small figures – most guys frankly don’t understand that there’s a 1 in 500 greater chance of being alive after 18 years of PSA testing compared to the guy who doesn’t get the testing. Having said that, technology has moved on somewhat from standard practice in this Goteborg study. Even so, we’re not talking about impressive increases in survival with prostate cancer screening compared with other cancer screening programmes.

Let’s look at the numbers in a different way. Take a 60 year old man who has a PSA test every year for 10 years. For every 1000 such men:

Let’s summarise this. A 60 year old man without a family history of prostate cancer has a blood test every year for 10 years and then stops. At the age of 85, that man will have a 1 in 500 greater chance of being alive than the man who was not screened. That man will have a 9% chance of having undergone an unnecessary biopsy and a 2.5% of unnecessary treatment. What about the 50 year old man? As prostate cancer is much less common at that age, the benefits of PSA test will be (even) less.

This is not an argument not to get tested – it’s an argument for getting the facts and knowing what the risks and benefits are. Only the man can decide whether it’s worth getting screened. However, there is a real risk of overdiagnosis.

The decision, however, is very much one for the individual man to take, but you do have to get your head around the figures to decide whether it’s for you.

The 2016 Australian guideline was agreed between all the major disciplines – Urology, General Practice, Pathology & public health. They spent 2 years thrashing this out – it’s seriously detailed and frankly was over-due. The main recommendations are as follows:

The biggest change with the 2016 guideline is that the intervals for recommended screening are considerably less frequent than standard practice.

One scenario where the PSA Should be definitely be monitored is for older men having testosterone replacement therapy.

Prostate MRI has been available in Brisbane since around 2015. Whilst not the answer to everything, it could be said that the early-adopters were onto something. A study published in the lancet in 2017 concludes “Using MP-MRI to triage men might allow 27% of patients avoid a primary biopsy and diagnosis of 5% fewer clinically insignificant cancers.” In other words, the MRI reduces the number of “uncessary” biopsies by around one quarter.

The Prostate MRI report includes a PI-RADS scoring system for the risk of prostate cancer. The score is on a scale of 1 to 5, where 1 indicates a very low risk, and 5 indicates a very high risk. A subsequent biopsy is either performed manually or under MRI.

Prostate MRI has probably shifted the decision as to whether to get a PSA test or not more towards getting a PSA test.

I haven’t got time to read all of this – should I get tested?

My guess would be that most doctors themselves would, until recently, not have got a PSA test. However, MRI of the prostate has shifted the PSA landscape in favour of getting a PSA Test. 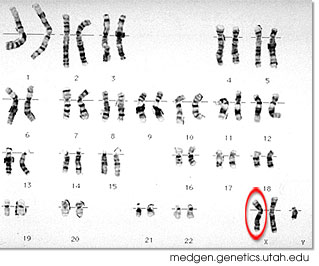 Why are Doctors being told there are too many men getting Prostate Cancer Blood Tests? Should I get a PSA test?
https://southeastmedical.com.au/wp-content/uploads/2013/10/Prostate-Cancer-PSA-Test.gif 289 283 Richard Beatty https://southeastmedical.com.au/wp-content/uploads/2018/07/Logo-South-East-Medical.jpg Richard Beatty2018-10-22 00:44:562020-08-29 08:20:11Prostate Cancer Test
WRITTEN BY: Richard Beatty
REVIEWED/UDPATED:
CREATED:
Ingrowing Toenails