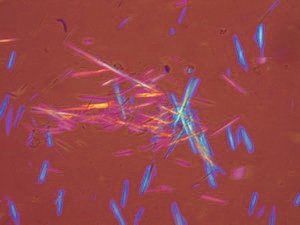 Gout affects around 1 in 50 people and usually develops after the age of 40, being more prevalent with age. Acute Gout causes the sudden onset of severe pain in the joints. The big toe joint is the most commonly affected (two thirds of first attacks) although gout can occur in other joints such as the ankle, knee, finger joint, wrist & elbow. The joint is usually very painful, tender to touch, swollen and red. The acute attacks resolve within 1- 2 weeks.

It can be hard to be sure if an acutely red swollen joint is gout the first time it occurs because infection can look identical. The pain of gout usually peaks within 24 hrs whereas the pain of an infection may take longer to develop. When in doubt, a sample of fluid can be aspirated off the joint with a needle and sent to the lab. This test is not often required.

There are imaging tests that show promise with regards to improving the diagnostic accuracy of a diagnosis of acute gout. The promising role for ultrasound and a special type of CT Scan in the diagnosis of gout was highlighted in an article in The Medical Journal of Australia in 2015.

The truth about Gout¹

The Uric Acid (Urate) level in the blood is usually high and this increases the risk of urate precipitating out in the joints as crystals – and causing acute gout.

Uric acid is the final product of the  metabolism of Purines and so reducing purines from the diet may help reduce the number of attacks of Gout. This seems to be common-sense … except it’s not that simple! Many people continue to get gout despite eliminating purines from their diet. Why?

The reason for this that purine is also produced from within the body with around 70% of purines being made in the body, and only 30% of purine coming from diet. In addition, uric acid is excreted by the kidneys – and poor excretion if uric acid also accounts for many people with gout.

Someone who is predisposed to recurrent gout is likely to continue to get acute episodes even with a low purine diet. It is still worth looking at a low purine diet and there is good evidence from recent studies that they can reduce the risk of gout. The risk is increased most with beer, spirits, red meat, sea food & sweet drinks sweetened with fructose. Clearly, sea food is healthy and it’s a case for most people of moderation of diet and not eliminating purines altogether. The UK Gout Society has an excellent diet sheet.

Wine does not increase the risk, and dairy products are protective though too much of this might not be a good idea in terms of dietary fats.

What other conditions is Gout Associated with?

Gout is linked with other conditions.

What is the best treatment for Acute Episodes of Gout?

What is the role for Allopurinol?

Allopurinol is the most frequently prescribed medication that lowers urate levels and therefore reduce the number of attacks. Allopurinol (which goes by other brands such as Progout®) is taken daily.

A detailed BMJ 2013 review states “There is debate about the indications for urate lower therapy. Expert consensus advocates offering such drugs to patients with recurrent acute gout …. the threshold at which recurrence of acute attack warrants treatment is controversial.”  So opinions will differ, with some experts suggesting that urate-lower medication should be started sooner than later to prevent joint damage, and others suggesting it should be used if there are 3 attacks in a year. Guidelines since 2013 are increasingly recommended gout prevention medication is started earlier¹.

Allopurinol may cause side effects which are rarely serious. Allpurinol hypersensitivity syndrome is a reaction that describes a severe rash that may be life threatening. The risk of Allopurinol hypersensitivity is between 1 in 250 and 1 in 1000 people. There is a genetic test for a specific ’tissue type’ (HLA-B*5801)that can help identify people at risk of Allopurinol Hypersensitivy. The test is most useful in those of Korean, Thai and Chinese (Han) descent. The test may be performed by private pathology companies for under $100 AUD.

Lowering urate is increasingly important when gout has caused damage to the joints, caused significant kidney disease, or when tophi are present. Tophi are nobbly firm lumps found most commonly over the back of the fingers & on the rim of the ear. Tophi may also be found over the top of toes, feet, over the back of the ankle or elbow.

Allopurinol takes a few months to work and may actually bring on an attack of gout when first started. For this reason, it’s standard practice to recommend taking daily anti-inflammatory medication or colchicine for several months – usually at least 6 months². Attacks of gout are reduced but not eliminated by allopurinol.

Recent evidence indicates that it is safe to start allopurinol during an attack¹. It is common practice to start at 100mg and increase the dose every few weeks to 300mg per day when the Urate level is re-checked. Treatment to Target is now widely advocated. The goal is to reduce the urate level to less than 0.36 mmol/L. The dose may be further increased to get the Urate “on target.” Some experts advocate lowering the target to <0.30 mmol/l for gout that has caused complications.

Gout flares may still occur for the first 18 months after starting allopurinol but should “become more infrequent over time if the serum urate target is maintained, and will stop evenually.”¹

Allopurinol may have some side effects³. Drinking plenty, and eating little and often helps to reduce nausea. Other side effects include drowsiness, altered taste or diarrhoea.

Allopurinol hypersensitivity syndrome is rare but potentially fatal. The person develops a nasty rash and can become very unwell. The condition usually starts in the first 3 months. Risk factors are female sex, increasing age, genetics, renal impairment, and taking water tablets. If you get a rash whilst on allopurinol, particularly in the first few months, then stop it and see your GP urgently.

What other treatments are available?

There are other medications that can be used when Allopurinol is not working or can’t be taken and these usually require a referral. Probenecid has been around a long time and still has its uses.

Febuxostat was funded under medicare Australia in 2015.

Mediare funds the prescriptions when there is gouty arthritis or tophi and when allopurinol cannot be used – for example because of side-effects or intolerance. The GP is able to prescribe Febuxostat when these conditions are met.

Febuxostat 80mg is better at lowering uric acid than Allopurinol 300mg. Whereas 80mg is the top licensed dose of Febuxostat, Allopurinol may be pushed up to 900mg.

As with Allopurinol there is the risk of ‘gout flares’ in the first few months of treatment when other medication will be required.

All in all, Febuxostat is a great addition to The Gout Armamentarium. 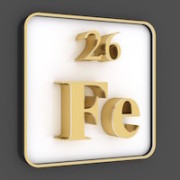 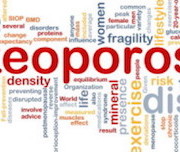