The very label ‘insomnia’ is problematic. 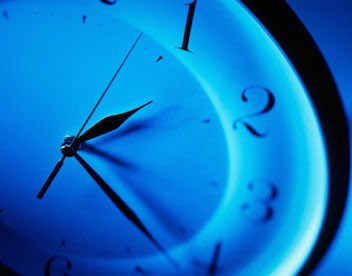 Insomnia is not just about lack of sleep. Some (lucky) people really can function fine on 5 hours sleep per night. Other people feel that that 7 hours of sleep per night is insufficient. So the question is: How do you feel in the daytime? Do you feel crummy, foggy or irritable, and do these symptoms relate to poor sleep? People with Insomnia have hyper-arousal at night time, feeling tired but not sleepy. You can think of sleepiness as a feeling of your eyelids being heavy and having to fight to stay awake.

The main risk factors for insomnia are

What are the causes of Insomnia?

Often, people think of insomnia as just something in its own right (primary insomnia that often starts in childhood)  whereas insomnia often has a cause (secondary insomnia).

So let’s look at secondary insomnia.

An “easy” one is too much caffeine. It’s surprising how much better people sleep without lots of caffeine, and the less the better; as a coffee drinker, though, I’d be realistic and suggest 2 cups of fresh coffee per morning (last cup by 1-2pm) is OK. Alcohol also lessens sleep quality.

Insomnia may be linked with depression, anxiety, hypomania (excessive energy) and other psychological problems. But is may not be easy to know which came first – the mood disorder or the insomnia – because insomnia will cause a low mood.

A recent 7 year longitudinal study found that people who reported insomnia at the beginning of the study were more likely to report depression down the track. Another important finding is that insomnia may be a precursor to relapse of depression when there is a history of previous depression.

Sleep quality commonly reduces around the menopause because of both hot flushes and the effects of hormonal changes on the sleep cycle.

Physical causes may be obvious such as pain from arthritis, getting up at night to pass urine more than a couple of times,  hot flushes or night sweats and coughing. Although these seem obvious enough, it’s suprising how often people don’t associate their arthritis pain or urinary frequency with insomnia.

Two important and common causes of insomnia are sleep apnoea and movement disorders. Sleep apnoea is something most people have heard of nowadays, and often people have large neck diameters, snore, their partner may notice they stop breathing at night for a few seconds, and people affected are excessively tired in the day time. Though most people with sleep apnoea will report that they are sleeping well, some may wake someone in the middle of the night and find it difficult to go back to sleep. Sleep apnoea is diagnosed and confirmed on a sleep study.

An important and commonly overlooked cause are restless legs syndrome and periodic limb movement disorder.

Restless legs syndrome (RLS) occurs in 5 to 10% of people and occurs whilst the person is awake. The condition is diagnosed clinically with an urge to move that is  relieved by moving around. The symptoms occur at rest – for example, in the evenings and before going to sleep.

On the other hand, Periodic limb movement disorder (PLMD) causes involuntary leg movements during sleep. This condition is formally diagnosed on a “sleep study” and requires  a series of 4 or more consecutive leg movements 5 to 90 seconds apart.

It’s important to consider underlying causes of both RLS and PMLD before considering medication. 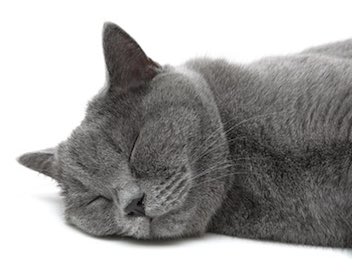 Sleep Hygiene is a phrase that came form The USA and is a useful list of hints and tips that steers people away from bad habits. Some are obvious – such as not exercising an hour or two before bedtime. Some are less obvious – such as getting up at the same time each day & not watching TV in bed. Increasingly, use of digital devices in bed is becoming the norm and an important contributing factor in some people’s sleeping difficulties.

Your doctor will be able to advise you as to how to manage prolonged periods of being awake in bed, worrying about lack of sleep, waking up in the night, and/or waking up too early in the mornings. Around 40% of people with chronic insomnia will improve with sleep hygiene.

There is good evidence for the benefit of cognitive behavioural therapy (CBT) the treatment of primary insomnia. Put simply, CBT enables you to identify, challenge & subsequently change your unhelpful thoughts about the insomnia. Your doctor will discuss these issues with you, and whether you would benefit from formal CBT with a clinical psychologist. A referral may be made under medicare with a mental health plan referral. The criteria for this referral depends on The DSM-5 definition. It is common for people to reject this approach for a variety of reasons but it may be very helpful.

Most people with insomnia will think along these lines:

These thoughts are unhelpful. The idea is to reframe the thoughts along these sorts of lines:

The aim of therapy is stop thinking of yourself as an ‘Insomniac.’

There are two main cognitive treatments for primary insomnia. Both of these treatments may be offered by our specialist GP:

On the whole, medication for long term insomnia is to be avoided. However, around 20% of people with chronic insomnia do not improve with the measures already discussed, and there is a role for medication.

The evidence from trials suggests that Sleeping tablets give, on average, around an hour’s extra sleep per night. The GP will try to avoid prescribing sleeping tablets for more than 2-3 weeks of regular use because the body may start to become tolerant and dependent on them. Tolerance means that the tablet no longer works as well – the sleeping patterns return to how they were before starting the medication. The reason they seem to work for people who take them long term is that not taking the tablet leads to worse sleep – due to withdrawal. It can then take many weeks to come off sleeping tablets.

Melatonin is a medication that helps regulate the body clock and may be useful in people who have difficulty getting off to sleep.

Other medication may be tried on the basis that the expected side effect is sedation: Some types of antidepressant, and sedating antihistamines.

Suvorexant was approved by The TGA in 2017. This is a new class of sleeping tablet that works by blocking Orexin receptors in the brain. Orexins are Neuropetides that are involved in regulating wakefulness. It does look like a promising new development with less risk of dependence than standard sleeping tablets. Indeed, the medication may be prescribed on an ‘ongoing basis.’ In addition, it does not seem to cause sedation during the day.

How long do sleeping tablets work for?

First, you need to understand “half life” which is the time at which the blood level of the medication has fallen by half.

Sleeping tablets with a long half life may make you feel drowsy in the morning. A sleeping tablet with a very short half life is generally used for people who have difficulties getting off to sleep.

The following table indicates the half life of different sleeping tablet. Medication with long half lives are generally not recommended for Insomnia.

Can you recommend an Online Cognitive Programme?

Sleepio have a renowned sleep programme based upon proven Cognitive Behavioural Therapy.